INDIANAPOLIS - Members of the Indiana Black Legislative Caucus (IBLC) held a news conference [view in Facebook] today on the steps of the Statehouse to share a set of “action points” that represent a few of the justice reform initiatives they will pursue over the coming weeks and months [the list of justice reform action points can be found below or online].

“You will note that many of the justice reforms we will pursue call for legislative action at the Statehouse,” Shackleford said. “As the Indiana Black Legislative Caucus, these are the particular reforms with which we will concern ourselves once the Indiana General Assembly meets to organize in mid-November.

“Other action points we shared today are efforts that can be pursued immediately by state or local officials across Indiana.

“As I mentioned during today's news conference, we will address the specifics of these justice reforms during the IBLC's upcoming virtual town halls on June 11 and 25.”

Details of the IBLC virtual town halls can be found in this news release. 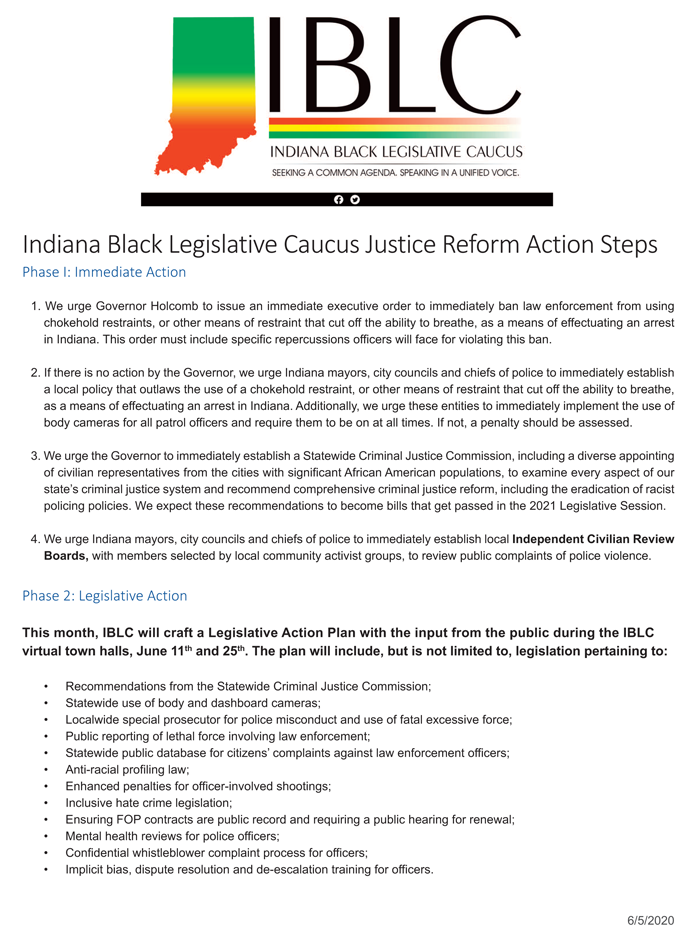